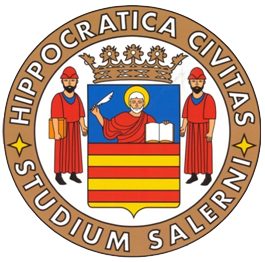 Lab-H projects on-line are Open Educational Resources freely shared through Creative Commons licence Resources are published as .stl files, accessible to everybody in the world, just digital divide could be the real problem. All projects follow an Open education policy and not only .stl files are given to the users but also a full paper that describes how to use objects in a teaching-learning process. Until now, Lab-H main 3D printer’s projects are described as beloved.

1) The distorted room of Ames based on a well-known test of New Look psychology, which endorses the perspective-taking skills. The main object of this experiment is a strange room that was built to be print in 3D, the key aim of this device is to decline some perceptual biases both in teachers and students and prove that every person world’s interpretation is altered and it depends on phenomenon perspective-taking knowledge]; In this workout, with the care of an educator who leads students, it is possible to understand that the room of Ames contains an optical illusion because it is observed with just one eye through a peephole. Therefore, at the end of the experience, the teacher emphasizes that often the observed reality is different from the truth.

2) D-Box is a 3D printing game to convert a decimal number into a binary number, to realize this, it offers a configuration of a set of platform based on the powers of 2 [7]. D-BOX connects some disciplines: mathematic, information technologies and media education; it provides a way to show how mathematic is essential and necessary to the modern digital world. This game is based on two concepts already studied in the fifth grade of primary school: 1) mathematical operations knowledge (computing) 2) recognizing geometric figures [21]. The teacher gives a number of marbles to the student that has to place on platforms in a proper way to give back a digital number composed just with 0 or 1 digit.

3) The 3D models of Montessori didactical objects, it is well known that Maria Montessori didactics are supported by educational material to support practical life equipment; sensory material; language equipment and mathematics materials plus other objects to supports other disciplines such as science, botany and geography, music and art [22]. Starting from 2021, Lab-H decides to produce .stl files of these materials and released them for free under creative commons licence. Another use that can be made of these files is to insert them in a 3D graphic engine, for example, Unity3D, and use them to "decorate" virtual worlds and augmented reality. More in details augmented reality has been, in last years, central in some studies concerning inclusive education and practices that involve, without distinction or discrimination, the whole students [23]. More in details, a  didactic approach that focuses at the same time “on the use of technology” and on the “educational contexts” try to aim learners’ development especially in the "case of special educational needs" starting "from the assumption that technological tools tend to be able to cope with the complexity of learning difficulties” [24] due to a disability or a disorder and students, helped by technologies can find a vicariant mode [25] to learn in their own way thus promote inclusive technologies is a part of promoting inclusive practices at school. Objects can be used to teach Italian or English alphabet Koala for letter K, moreover, T as the first letter of Torta, B as the first letter of Bowling, in a previous figure Butterfly, Farfalla, can be used for letter F.

4) ADS- robot is designed to increase social skills in children affected by Autism Spectrum Disorder for better recognize emotions through the use of a display that acts as a human face with emoticons images. ADS- robot is a low-priced system and customizable by a therapist. It is tested in a primary school of Pagani (Italy) and some new features are in progress. The 3D model prototype version and code is downloadable for free.

5) This work presents a project to develop 3D Digital Assets based on archaeological finds found inside “Tomb of the Diver” located in the National Archaeological Museum of Paestum. After this first stage, the project has been adapted to support another activity, a distance education set of lessons for a PON - National Operational Program - which will take place at the IS Caravaggio in San Gennaro Vesuviano (Naples, Italy) in January. The main goal of this second step is to create a virtual manufacturing laboratory based on the maker approach, in which students will be able to study cultural heritage through a 3D print of archaeological finds redesigned in a cartoon version to avoid Uncanny Valley. All project is done with Soc. Coop. Tulipano.